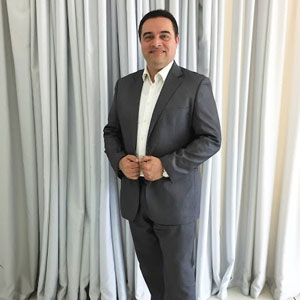 Ronald Hajj, CEO
There is such a thing called “natural collaboration” which is nothing but by face-to-face interactions with eye contacts, and it isn't achieved by gathering in front of a wall mounted with a video screen. Over the years several strides were made towards enabling natural collaboration through PC webcams, interactive whiteboards, and professional meeting room cameras. As with each of these systems, the ergonomics and effectiveness of their use was far from ideal. SilexPro, the Chicago-based technology company, offers Silex PTE (Panoramic Telepresence Experience), a Center of Table (CoT) interactive video conferencing device that enables users to truly experience natural collaboration. The device, complete with 3 or 4-way HD cameras & touch screens and a high-fidelity omnidirectional speakerphone, achieves optimum clarity in communication while maintaining visual interaction at the eye level keeping collaborators well within the field of view. Ronald Hajj, CEO of SilexPro puts it this way, “People meet at tables and gather around them, its center becomes the natural focal point for discussion which determines the device's position—at the center of the table.”

The users simply have to place Silex PTE system in the center of the table, sit around it and conduct their local and video meetings in the most natural and productive way. The system comes with the capabilities of both an interactive touchboard and an all-in-one computer, which is perhaps the most organic and well-equipped collaboration tool that enterprises have yet seen. It allows each user around the table to share data from their own devices without the need for a client application, ushering in the Connect Your Own Device (CYOD) trend. The system is available in two options, as Silex PTE Trio, a 3-sided CoT system for six people and as Silex PTE Quattro, a 4-sided CoT system for eight people.
As a client agnostic VC tool, Silex PTE can run multiple VC clients, including SfB, Cisco Spark, Avaya Scopia, Zoom and Ring Central to name a few. Also, with cross-platform, cross-device support from tablets, laptops, and smartphones, Silex PTE is completely engineered and designed around the customer’s unique environment, so the technology gets out the way.

A chief future trend beyond proprietary VC clients is Web RTC—a system agnostic platform that enables video conferencing right from the web browser. It is a technology estimated to cover 20 percent of all video calls by 2020 and with total compatibility with Web RTC already; Silex PTE has the head-start.

At the architectural level, Silex PTE is built to be future-proof, as it provides native compatibility with built-in clients which can be kept up to date. Also, Silex PTE's hardware can maintain itself for at least a five-year period, and at the OS level the system runs Windows10 Pro that upgrades automatically with the release of new updates.

SilexPro is redefining the VC and collaboration frontier with its landmark SilexPTE devices. The company aims to launch a new compact version for the Quattro PTE in the near future. On the global front, there is an aim for expansion through distributors and resellers worldwide. After Australia, APAC, and the MiddleEast, they are currently expanding their sales reach into Europe with an aggressive expansion plan for the U.S. market. Ronald believes in positive disruption and in the ability of the people who want to bring about big changes in the way the business is carried out, and with Silex PTE, Ronald reckons they have done just that.

Description
SILEX looks to combine innovation, technology, and elegance to provide state of the art collaboration experience with their PTE solution 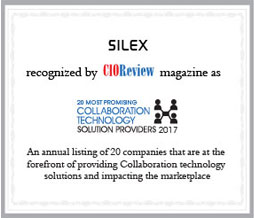 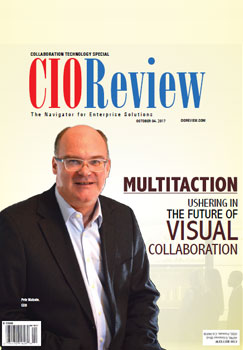