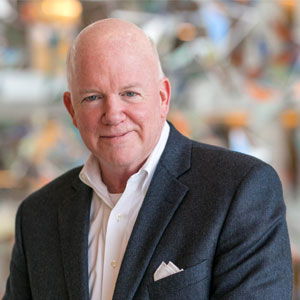 That’s the question I posed to open a digital marketing conference in Berlin a little more than a year ago. It was a purposefully sober query designed to provoke the 100 or so marketers from across Europe in attendance into considering the context in which they were creating and posting content. Specifically, the context was the negativity surrounding the social platforms on which they posted much of their work.

The idea did not exactly set the room abuzz. Maybe it was too sober, too heavy for 8:30 in the morning.

Without a video featuring the rapper 50 Cent, which a fellow speaker did share later in the program, much to the crowd’s delight, there was nothing to do but slog on. I explained that the digital technology that makes social media possible had changed the world for me and all communicators – as it had for marketers, no doubt – bringing near-instant publishing and measurement within arm’s length. That the impact of this technology has changed not only how we create, deliver and consume content but also the very kinds of content we create.

Progress comes at a cost

Yet, at the same time, the audiences have grown with the technology. Digital communications have put access to news and information into the handsof an estimated [for 2017] two billion people in the form of smartphones. It has given voice to vast numbers who previously had none in the broad social discourse, helping support democratic movements and other human rights efforts not previously possible. It also has accelerated and reshaped commerce on otherwise unimaginable levels. And it has connected people individually like never before.

But all of this progress comes at a cost, as both unintended and straight-up dark consequences.

The unintended consequences include the pressure young people feel regarding appearance and lifestyle that has been amplified by those they follow on social media platforms, some have said.

Beyond the unintended and more darkly, we’ve seen everything from the rise of fake news to the tragedy of murder and suicide live streamed.

Just a week before the conference where I spoke on this topic, Google had announced a new set of policies designed to curb the posting of extremist videos on its YouTube platform after reports that one of the June 3 London Bridge attackers was radicalized after watching certain videos posted on YouTube. And The New York Times story reporting this change noted that in the second half of 2016 Twitter had suspended 377,000 accounts for violations related to promotion of terrorism.

Finally and also not long before the conference, Mark Zuckerberg announced that Facebook had expanded its mission from simply connecting the world to giving people “… the power to build community and bring the world closer together.”The change followed a year in which the company faced issues including the spread of fake news on the platform and Facebook Live video streaming of murders.

Together, these actions by platform owners could be seen as a tacit acknowledgment that communications technology was already outracing its headlights and that action was needed to check the situation before it worsened.

In the past year, we’ve learned more about the volumes of real fake news on our social platforms as we’ve learned more about the industry dedicated to creating it. We’ve also learned that there were enough suspicious accounts on Twitter that the company announced in July that it would begin removing tens of millions of such accounts from among its users’ followers to reduce social media fraud.

Further, we’ve learned that the continuing issues at Facebook include the recent detection by the company of a campaign to potentially influence the November midterm elections in the U.S., according to news reports. And earlier this year, CEO Zuckerberg is quoted in an Adweek story as saying it would be a “multi-year effort” to fix the platform’s security and content issues in connection with the revelation that the political data firm Cambridge Analytica had gained access to private information on “as many as 87 million” Facebook users.

So, it would appear that despite the efforts of their owners, the problems of the major social media platforms have worsened.

But why, you might wonder, does this matter to business communicators and their marketing cousins? Because we use these same platforms every day to reach many of the same users affected by the problems described here, and our resulting risk is two-fold.

First, a drop in the credibility of the platforms puts the credibility of the content we post on these channels at risk. Second, communicators and marketers today have a tendency to over-index on technology as the solution to their business challenges. They are sometimes hypnotized by what some call the “bright shiny object” of technology, which distracts them from the more important focus of their work: the content.

To the first risk, our followers will tell us whether they trust our content and the platforms on which we post it.

Regarding the second risk, the key is remembering that the purpose of our work is expressed in the content we create, curate and post to the platforms; and the technology – as important as it is – is the means to the end that the content represents.

The premise of my talk that early morning in a Berlin hotel at the bustling Alexander platz was to start a conversation about the challenges and responsibilities of managing technology that seemed already to have advanced beyond such control.

That conversation didn’t start there. Perhaps it wasn’t the right time. Maybe it was simply the wrong place. But the discussion is happening now, and no less an authority than Kara Swisher, the redoubtable founder and editor at large of Recode, framed it as directly as only she could in a recent New York Times piece titled “The Expensive Education of Mark Zuckerberg and Silicon Valley.”

“… Facebook, as well as Twitter and Google’s YouTube, have become the digital arms dealers of the modern age,” Swisher writes. “All these companies began with a gauzy credo to change the world. But they have done that in ways they did not imagine – by weaponizing pretty much everything that could be weaponized. They have mutated human communication so that connecting people has too often become about pitting them against one another and turbo charged that discord to an unprecedented and damaging volume. …

“... Which is why malevolent actors continue to game the platforms and why there’s still no real solution in sight anytime soon, because they were built to work exactly this way,” she continues. “And ever since, they have grown like some pernicious kudzu and overtaken their inventors’ best efforts at control. Simply put, the inventors became overwhelmed by their own creations…”

Whether one agrees or not with her overall assessment of the state of social media today or the gravity of the words she uses to describe it, Kara Swisher’s piece underlines the concern many shares about the difficulty of managing these platforms. The question today is whether we as a society choose to convert that concern into action that can help us better manage these channels. Or whether we leave it to their owners to sort out the issues.

But there is a third, still larger question, and it is this:

Will we heed the lessons spelled out by the consequences of our inability to manage the relatively simple technology that makes social media possible? And will we apply them in preparing for the exploitation of artificial intelligence and other more complex technologies as they continue their march into the mainstream?

This piece is adapted in part from a speech delivered at the we. CONECT Mad Minds Europe Digital Marketing Conference presented June26, 2017, in Berlin.

Rewriting The Rules On Global Payments With Localized Payment Methods

Marketing & Sales Technology In B2b –An Overlooked Accelerator For...