A Reinvigorated SharePoint is Back, Are you Ready? 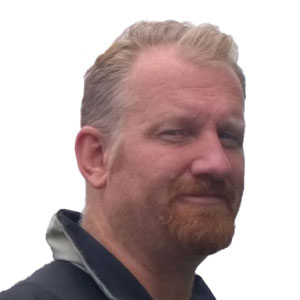 After spending a week on campus at Microsoft a couple of weeks ago meeting with the Father of SharePoint, Jeff Teper, I got a strong sense of renewed attention, passion and excitement in the SharePoint team. Jeff Teper, Corporate VP of SharePoint and OneDrive had been temporarily assigned as Corporate Strategy Vice President as Sanjay’s right hand man to really determine what is core to the company. After figuring it out, it’s surprising that Jeff was reassigned to lead SharePoint, the fastest product to a billion dollars prior to Office 365 which took over as the fastest growing business at Microsoft and according to recent data by Okta Businesses @ Work 2015 report based on data collected in the last two years ending in July 2015 as the Most Popular Top Ranked App beating out Salesforce, Box, Google for Work, and Dropbox.

"People are looking to automate business processes, implement mobile solutions with SharePoint in Office 365 with the new Mobile Device Management capabilities and rich Office apps across Android and iOS"

Meetings with Bill Baer, Senior Product Technical Manager of SharePoint and Seth Patton, Senior Director SharePoint and OneDrive, another set of passionate individuals and both known broadly for their reinforced leadership at SharePoint. Microsoft is very serious about SharePoint delivering a number of new capabilities in SharePoint 2016 and upcoming OneDrive updates, with continued mobile updates with no plans of slowing down. Bill also reinforced the energy that Microsoft is putting on SharePoint by listening to feedback from the community through its “User Voice” mechanism for collecting votes on features requested by individuals with everyone being given votes to cast on existing or to add new ideas. No fewer than 5 ideas have already been recognized as they are “looking into it” or “working on it.”

As a speaker at community events I’ve seen more excitement in the last few weeks around interest building around SharePoint than I’ve seen in the last 2-3 years. A new SharePoint event in Boise Idaho represents just how far reaching the product is by getting over 200 registrations and more than 125 attendees in a community that hasn’t really ever had a SharePoint event. We’re seeing similar numbers in other communities where both IT and Business folks are paying attention to what’s happening in SharePoint and interest is growing. People are looking to automate business processes, implement mobile solutions with SharePoint in Office 365 with the new Mobile Device Management capabilities and rich Office apps across Android and iOS. Also it received over 100 million downloads. Just next month we’ll see Jeff Teper, Seth Patton, and Bill Baer all take the stage at the European SharePoint Conference in Stockholm at a conference that hasn’t seen more than a single Microsoft keynote since the first one nearly a decade ago.

With the SharePoint 2016 IT Preview available to download, many customers are starting to assess and dust off existing SharePoint environments where many are still running SharePoint 2010 and 2007. They are at looking at SharePoint 2016 as an opportunity to consolidate, migrate, and make further investments in streamlining business processes and taking advantage of new compliance and hybrid cloud features. Many will need to look at training for their SQL teams as SharePoint is built with a dependency on SQL 2014 and more recent Windows Server Technologies which may not yet be certified by their datacenters. It is a great opportunity to look at the Azure IaaS (Infrastructure as a Service) as well as ‘Azure Connect’ and ‘Azure Identity Strategies’ for supporting identities in the cloud. The upgrade does look simpler, and with benefits to reliability smaller patching and zero downtime IT has a lot to be excited about. It is critical that customers understand that Microsoft only supports direct database attach from SharePoint 2013 databases where the sites have been already been upgraded. Many will need to look to the rich ecosystem of SharePoint to investigate the migration tools which can simplify the process and provide flexibility to skip versions and do site by site or specific document library migrations.

Microsoft continues to push cloud services and the momentum is definitely continuing to build. Earlier this month on Oct 7, Jeff Teper tweeted “Big SharePoint Online growth in Office 365 in Sept to 46k VMs. I remember when it was single server under my desk. Thanks for supporting us.” SharePoint has come a long way since the server under the desk days. I have personal memories of migrating and upgrading from customers on product group servers to my days at Microsoft and working closely with Jeff’s team. The momentum and energy is back on track with the right team to execute.

With SharePoint 2016 in less than a year to launch and so many SharePoint and OneDrive related Office 365 updates, it’s an exciting time to be involved as a SharePoint professional and user. I hope you see it too. Good times ahead!

COVID-19 Creates a Myriad of Compliance Challenges for Employers

Risk Exposures and How to Tackle them

Putting The Customer At The Centre Of The Energy Transition

The Rise of Algorithmic Trading In The Power Sector